How To Treat Jellyfish Stings

You have probably encountered jellyfish if you’ve ever been near bodies of saltwater. Beautiful and terrorizing all at the same time. Nothing sends children and even adults screaming for the beach, like seeing a jellyfish floating nearby. Beachgoers know intuitively that a jellyfish sting is painful. Whether they have encountered a sting personally, know someone that has been stung, or have watched their favorite TV character deal with it on the show’s vacation episode. The eternal August beachgoer’s questions are how to avoid getting stung and how to make the pain stop if stung.

I was recently stung while attempting to learn to wakeboard in one of the Chesapeake Bay’s tributaries. The initial contact felt like a few tiny electric zaps. This made me wonder why I would cry buckets of tears as a child when I was stung by a jellyfish. Was I a wimpy child? Yes, but this fact isn’t relevant to jellyfish stings. Less than 20 minutes later, as I toweled off on the boat…raised welts on my upper thigh started pulsating red, and the pain was much more intense. The reaction would flare up, and waves of pain would occur, what felt like randomly, several times an hour. While I didn’t want to cry buckets of tears, I did want it to stop.

Growing up on the east coast, I was too familiar with the dreaded jellyfish issue. All the ways of treating the sting came flooding back. The most common jellyfish in the mid-Atlantic area is the Chrysaora Chesapeake, and they sting. I will share the methods and treatments that I have collected from all the moms, fellow beachgoers, and my genre of TV characters.

IMPORTANT NOTE: Seek medical advice or attention immediately if you are having severe or concerning allergic reactions, breathing issues, and/or have been stung over more than 75% of your body.

FACT: some jellyfish stings can be fatal
FACT: not all jellyfish sting
How do you know if you are near a species of jellyfish that is deadly, just stings, or does not sting at all? Just assume the jellyfish in front of you stings.

Why Do Jellyfish Sting?

They are just trying to eat. Each tentacle has thousands of tiny stingers that release venom. Jellyfish move very slowly, so they rely on the poison to paralyze their prey. They are not purposefully releasing the toxin; it just happens when the tentacle brush against anything the harpoon-like stingers can attach to. Jellyfish eat plankton. They do not eat humans or attack humans. Humans just sometimes get in the jellyfish’s path. Even a dead jellyfish that has washed up on to the beach can still sting. Avoid stepping on them or picking them up to ensure that you will not get stung.

FUN FACT: Jellyfish do not have brains

How to Avoid Jellyfish

Small jellyfish travel in a group called a bloom. This is their way of protecting themselves from predators. Late August on the mid-Atlantic coast is prime eating time and grounds. When you spot one jellyfish, there are more to follow. So how do you avoid jellyfish?

Staying on the beach, just go to the hotel pool, or stay on the boat will promote a 100% avoidance. For those of us that love the water from the beach or by boat, there are a few ways to lessen the encounters. My aunt would slather her children on Vaseline. This forms a barrier that keeps any offending tentacles from hopefully getting to your skin. The drawback is the sand on the beach will stick to Vaseline. Some beaches and resort areas will set up nets that keep jellyfish from getting through and near the shoreline. You can find various boat accessories that use the same concept of netting to separate humans from jellyfish. They look like a playpen for adults that can attach to or behind a boat. Avoid swimming in the water if the water temperature is above 78 degrees. Jellyfish like it hot. Jellyfish aren’t strong swimmers, so avoid areas of flotsam and windward shorelines. This is where the food source and current take them.

FUN FACT: The moray eels in Disney’s The Little Mermaid are named Flotsam and Jetsam
A Jellyfish Stung You: Now What

How to Treat a Jellyfish Sting

Clean the Area of the Sting

Do Not Use Fresh or Bottled Water to Clean the Wounded Area!

Our first instinct when we need to clean is to equate it rinsing with clean or bottled water. Freshwater can make the stingers fire more venom.
Using seawater is the best way to rinse the area off. Make sure the bucket of seawater that you are using is jellyfish/tentacle free.

Soaking in a tub of hot, not scalding, water later in the day can help relieve any lingering pain.

Vinegar is a mild acid that can neutralize certain species. It does work on the sting of the Chrysaora Chesapeake, but vinegar does not work on all stinging species on the East Coast. There are types of stings that vinegar can actually intensify.
AVOID vinegar, unless you are a marine biologist, or have taken the time to learn to identify all types of sea nettles and jellyfish.

We have all laughed at the FRIENDS episode where Monica is stung by a jellyfish, and Joey helps her out. In the TV show, Joey recalls a documentary about how peeing on a jellyfish sting neutralizes the pain. And somewhere along the line, this myth has become a well known (false) fact. This makes for great comedy and TV. Indeed it makes for a great story to tell. It is possible that as a mild acid, urine could neutralize some types of stings. I will leave it up to you to decide, but if you thought you should use freshwater (see above) to rinse the area…

The great neutralizer! Neutralizes odors around the house, fridge, and laundry. It neutralizes jellyfish stings, all types of them. Carry a large box or two in your boat or beach bag. Do put the boxes in a ziplock bag to keep moisture out. Sprinkle the area of the sting generously with baking soda. Let sit for a few minutes. Shake it off!
I have had friends that use a credit card to scrape off the baking soda. They say that the baking soda neutralizes the venom quickly. These friends are registered, nurses. I haven’t tried this credit card trick.

Use topical ointments for relief once you have removed the stingers from the area or know that the site has been treated.
Lanacaine products work well. Calaydryl lotion works for itchiness.

It is important to consult or see your doctor if symptoms persist for more than a few days. Always err on the side of precaution. 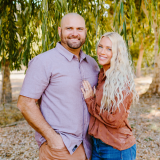 Previous Post: « A Modern Guide to Boating: Boat Clubs 101
Next Post: Bioluminescent Sightings in the Atlantic and Lower Chesapeake »